Here recruits learn the fundamentals of combat, they sleep in the field and eat MREs.  Skills taught include camouflage, low crawling, land navigation, basic squad tactics, rappelling, and other foundations of military skills.

The Crucible is the defining moment of recruit training.  For most, the Crucible will be the first time they reach the limits of their mental, physical, and emotional endurance. They will know that they are capable of much more than they previously believed.

The Eagle Globe and Anchor is what sets Marines apart from other branches of Service who delineate themselves by occupational specialty or demonstrate allegiance to a specific unit through the wearing of a patch or symbol. The only symbol Marines recognize is the Marine Corps Eagle Globe and Anchor.

Receiving the emblem signifies that the recruits have earned the title of United States Marine. They will now stand with their instructors as the Nation’s newest Marines. 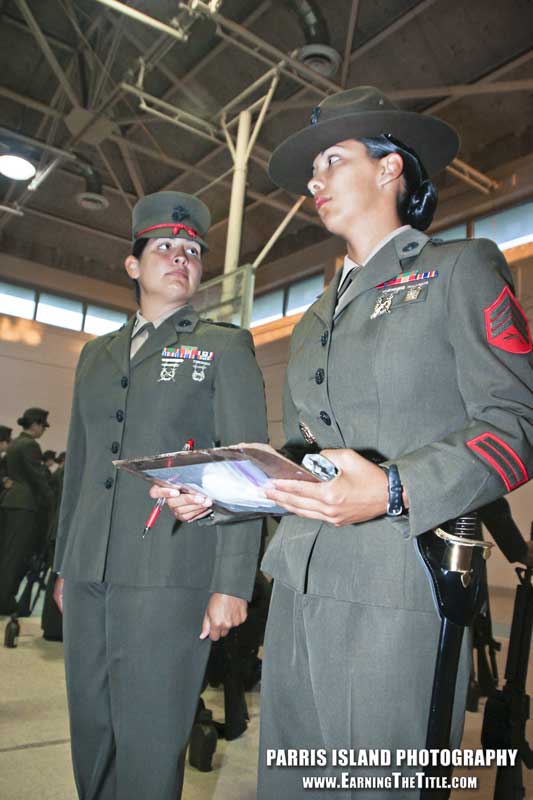 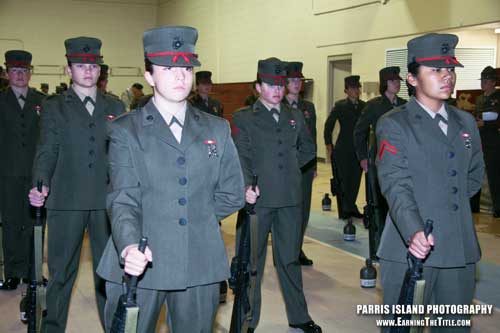 After the motivational run, the new Marines have a chance to see family and friends for the first time during on-base liberty. Graduation is conducted Friday in a formal ceremony and parade, attended by family and friends.