The Crucible is the defining moment of recruit training. For most, the Crucible will be the first time they reach the limits of their mental, physical, and emotional endurance. They will know that they are capable of much more than they previously believed.

The Crucible consists of 54 hours of intense, physically demanding training, under conditions of sleep and food deprivation. During this time, recruits will be forged in the furnace of shared hardship and tough training that is the time-tried and battle-proven trademark of Marine recruit training. There will be night forced marches, a tough night infiltration movement, a combat resupply event, a casualty evacuation drill, and combat field firing. Any recruit who quits will not bear the title Marine.

Recruits will encounter unique obstacles, each bearing the name of a heroic Marine from our illustrious history, which can only be negotiated with teamwork. Once each obstacle is overcome, the drill instructor mentors the recruits, critiques their efforts, and retells the story of the Marine for whom the obstacle was named, bringing to light how that individual exemplified our core values. . . . . . . Honor, Courage, Commitment. 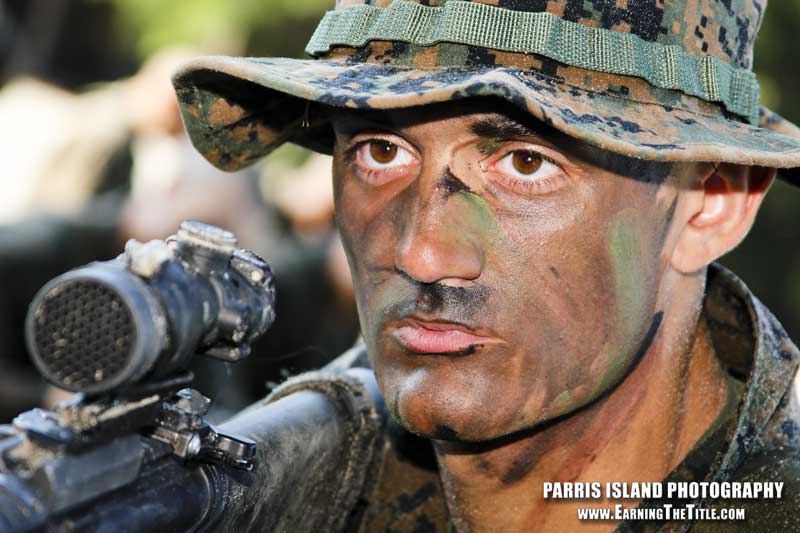 A one-hour event in which the teams resupply water, ammunition and MREs through a course which consists of trenches, wire fences and walls.

A three-hour event in which the teams perform six reaction course problems that test their ability to work as a team to solve problems. 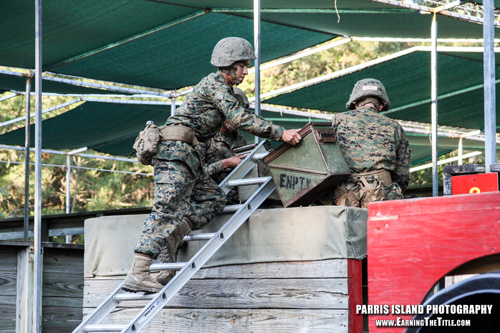 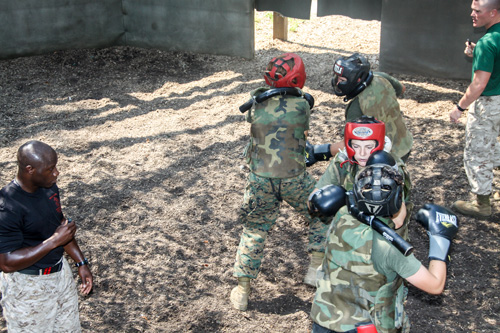 Here the bouts will start with the recruits entering simulated trenches that lead into an enclosed area that represents a machine gun nest. The bouts are controlled by a Martial Arts Instructor that starts and stops the bouts. Each bout is stopped after a set amount of time or when a properly executed technique is delivered to an opponent that would result in a “kill” on the battlefield.

The team will recover a downed pilot and another recruit “shot” by a sniper and transport them over a mile of wooded terrain. 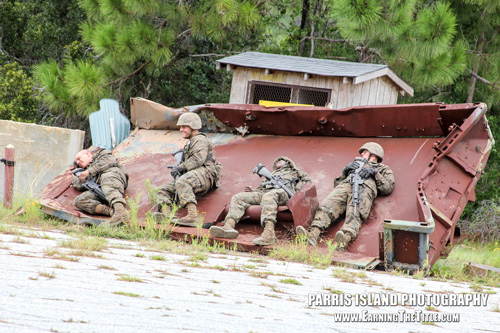 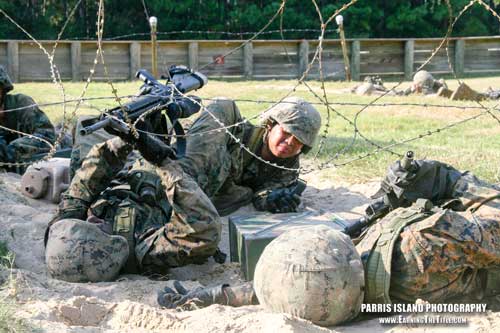 A one-hour event in which teams resupply water, ammunition and MREs through the Combat Assault Course.

The Crucible ends with the Emblem Ceremony, where Drill Instructors present their platoons with the Marine Corps Emblem — the Eagle, Globe and Anchor.

Receiving the emblem signifies that the recruits have earned the title of United States Marine. They will now stand with their instructors as the Nation’s newest Marines. 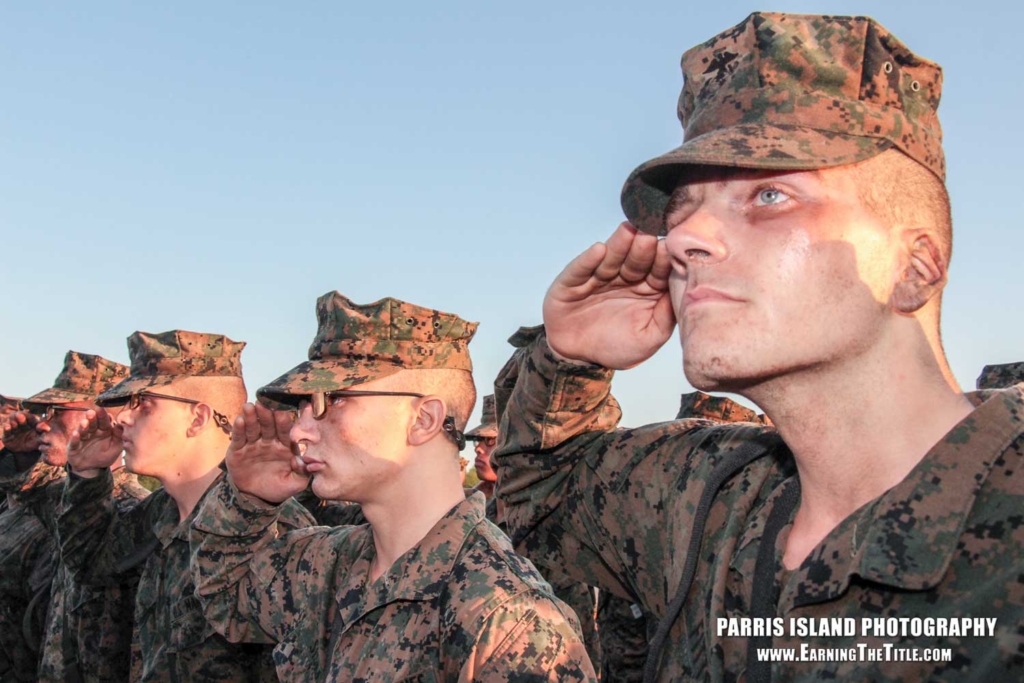 THE TRANSFORMATION IS COMPLETE